The story of Sholi began when Payam Bavafa and Jonathon Bafus started playing and writing music with bassist Danny Milks while attending UC Davis. "Sholi was a nickname my dad gave my brother and me when we wrestled as kids. I wanted a Persian word that sounded nice in English, and Jon liked that one," Bavafa says.

The trio played locally, releasing a three-song demo shortly before Bavafa relocated to San Francisco. Around this time, Bafus and Bavafa began playing with several different bass players, finally coming together with their old friend Eric Ruud. The band began playing new material live, often with the help of one of Ruud. previous bandmates, Greg Hagel on keyboards and percussion.

In 2006, the band sent self-recorded demos of the songs to Greg Saunier to enlist his help in the creation of a proper album. He responded with interest, and pre-production began shortly thereafter via email. Saunier sent the band production notes on arrangements and sounds as he listened to the songs while on tour in Spain with his band Deerhoof.

Subsequently, the band booked time at New and Improved Studios in Oakland, where Saunier and engineer Eli Crews helped shape the initial sounds of the album. After 4 days of tracking, Sholi took the album home, deconstructing the recordings and spending the next year breathing new life into the songs in apartments, attics, and living rooms that doubled as makeshift studios throughout Northern California.

In late 2007, the band recorded a politically inspired 7" entitled "Hejrat" featuring a re-interpretation of the title track, originally by 70. Iranian pop-diva Googoosh. The record was well-received, eventually leading The Believer magazine to pick up the song for their 2008 Music Issue. Meanwhile, Saunier continued his involvement with the LP helping in the final mixing stages upon his return from tour in the Summer of 2008.

Sholi in The Believer’s Music Issue

How incredibly awesome is this? Sholi’s mind-blowing cover of Iranian pop diva Googoosh’s song “Hejrat” (which, you’ll remember, we released on 7″) is included on the CD that accompanies this year’s Believer Music Issue, on stands now. What’s more,... more

There’s a great interview with our friend Payam from Sholi here. Lots of great background on that great Sholi 7″ we helped put out. Enjoy! 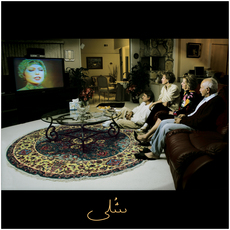