Holocene Music is honored to present the debut release from Portland, Oregon singer and songwriter Alela Diane. Hailing from the deep woods and winding rivers of Northern California Gold Rush town Nevada City, Alela grew up singing songs with her parents (both musicians), and performing in the school choir. During a stay in San Francisco in 2003, she began teaching herself guitar and writing her first songs, blending tense, trance-like arpeggios, with warm, thick vocals and meditative lyrics about family and nature.

Written in response to a loss of home and familiarity, The Pirate’s Gospel is a powerful document of personal reevaluation and renewal set against the backdrop of generations past and future, mothers and fathers, life, death, and birth. The songs were composed during a trip to Europe and recorded in her father’s studio in Nevada City. Originally available only in hand-stitched limited runs, this pressing marks the first time The Pirate’s Gospel has been made available outside of Alela’s immediate circle of friends and fans.

Holocene Music alumnus and good friend Alela Diane has some really cool stuff going on right now. For starters, she's got a truly beautiful duet with Eric Earley on the upcoming Blitzen Trapper album, Destroyer of the Void, out June 8th on Sub Pop. ... more

Alela Diane in Paste’s “Best of What’s Next”

The nice people at Paste Magazine have included Alela in this month’s emerging artist feature. Here’s the link. Thanks guys!

“
Gospel is yet another fully-formed new-folk classic. And it is a classic. Homegrown. Patchwork. Arrestingly intimate. Brazenly playful. Immaculately arranged. It's as good as Milk-Eyed Mender, or Rejoicing in the Hands. In fact, Gospel, is ever so slightly more accessible than either of those records; Alela's lyrics are more direct, her hooks are sharper.
— Hartley Goldstein, Other Music 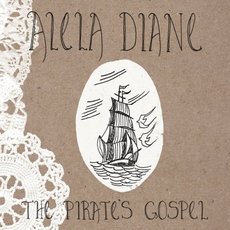