Steeped in the fingerpick-guitar rudiments of folk music, inspired by the expressionism of classic jazz vocalists, and finding common ground in the minimalism and ear-taunting of the avant garde, Laura Gibson alights on a branch of the music tree that no one else has found (NPR called her last release Beasts of Seasons “a quiet masterpiece”.)

Sound artist and composer Ethan Rose has released recordings, scored films, and created sound installations (including a collaborative installation with glass artist Andy Paiko at the Museum of Contemporary Craft, and past work with both the Portland Institute of Contemporary Art and Gus Van Sant.)

Laura & Ethan on NPR's Song of the Day

Laura and Ethan are currently on tour in support of their wonderful Bridge Carols album. Don't miss the rare opportunity to see these two live in performance — they're both quite busy, so it'll probably be a while before this happens again, if ever.

“
By deconstructing and then rebuilding the pop/folk structure, Gibson and Rose have invited that listener into the song.
— Ryan White, The Oregonian

“
Conjuring up atmospheres that are at once frigid and inviting, distant and familiar, Portland, Oregon natives Laura Gibson and Ethan Rose have created a thing of slow, simple beauty with Bridge Carols. Ethereal washes are paired with meandering, plucked folk and Gibson’s dreamy lyrics, yielding eight rich, nuanced tracks that will draw you in completely from beginning to end.
— Other Music

“
"One of the most intriguing albums of the year."
— Joshua Pressman, LAist 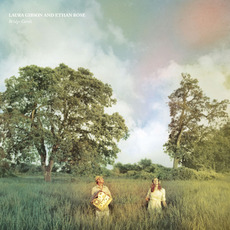