Ethan Rose’s work reflects his interests in old technologies, new sounds, and the restless exploration of musical form. Over the past ten years he has released recordings, scored films, performed internationally, created sound installations, and worked with a variety of collaborators. Drawing from his interests in musique concrete, chance operations and American minimalism, Ethan creates shifting sound environments that merge the old with the new.

His music is electronic in nature but maintains an organic quality because of his exclusive use of acoustic sound sources. Much of his recent work has centered around instruments from eras long past, including music boxes, player pianos, and carillons. However, he is interested in pulling new sounds and ideas out of these antiquated devices rather than treating them with a sense of preservation. By bringing a carefully detailed sense of arrangement to his music, Ethans pieces transport the close listener to a warm and unusual place. Test.

Ethan Rose's Oaks is out now!

We’re happy to report that as of this day, you can now officially purchase the fantastic new Ethan Rose album. From this very site, no less! What’s more, Ethan’s performing a very special release show tonight in Portland. He sent along some detail... more

Ethan Rose on wheels! (kind of)

So first, we’re incredibly happy to be putting out the next Ethan Rose album. We’ve been huge fans of Ethan’s music for a long time now, so it’s really an honor. The album comes out January 27th and it is truly wonderful. Which leads me to my seco... more 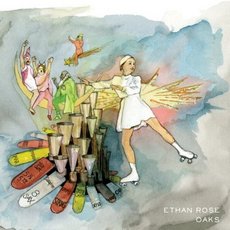