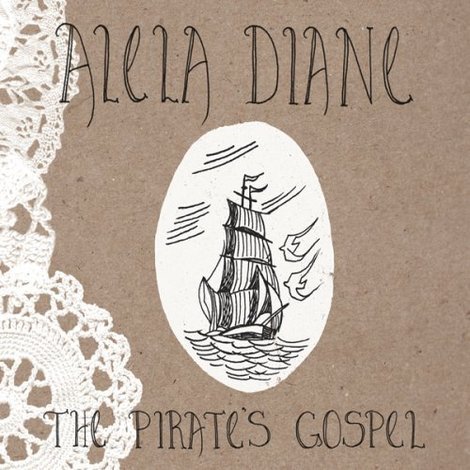 Holocene Music is honored to present the debut release from Portland, Oregon singer and songwriter Alela Diane. Hailing from the deep woods and winding rivers of Northern California Gold Rush town Nevada City, Alela grew up singing songs with her parents (both musicians), and performing in the school choir. During a stay in San Francisco in 2003, she began teaching herself guitar and writing her first songs, blending tense, trance-like arpeggios, with warm, thick vocals and meditative lyrics about family and nature.

Written in response to a loss of home and familiarity, The Pirate’s Gospel is a powerful document of personal reevaluation and renewal set against the backdrop of generations past and future, mothers and fathers, life, death, and birth. The songs were composed during a trip to Europe and recorded in her father’s studio in Nevada City. Originally available only in hand-stitched limited runs, this pressing marks the first time The Pirate’s Gospel has been made available outside of Alela’s immediate circle of friends and fans.