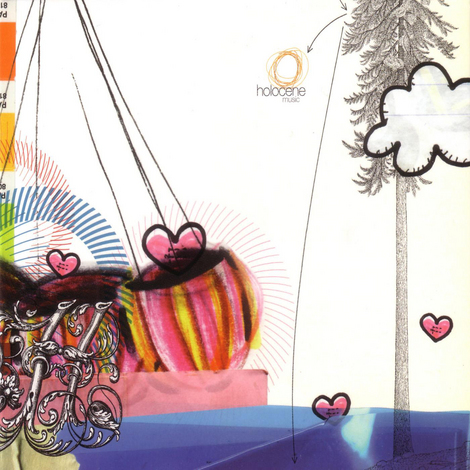 Holocene Music is proud to announce its debut release. Teaming Portland indie rock with the city’s finest electronic producers, It’s Importland To Me To Be One Step Further Than One Step Beyond: Holocene Remix Compilation Volume 1 presents a snapshot of a thriving creative scene at a time when these seemingly disparate camps have begun meshing into one.

Holocene commissioned a unique collaboration in which a selection of the city’s most talented electronic musicians were asked to reinterpret the music of their favorite Portland bands. The result is a post-millennial blend of electropunk, indie rock, and outsider folk, digitally spliced and mutated to form a cohesive album of genre-screwed electronic music.

Despite the project’s collaborative nature, It's Importland’s end result is an album that works best when listened from start to finish. For although these are remixes, each track emerges as a song unto itself. Beginning with Talkdemonic’s inspiring, percussive take on Menomena, the album warms into Kittenz’ squelched-out and funky Blitzen Trapper remix, before dropping us straight onto the dancefloor with Strategy’s sparkling tech-house reworking of The Blow. From there the album continues to gather steam, peaking with Solenoid’s masterful cyborgian nightmare Point Line Plane remix, before easing us back onto the floor with Copy and Toothfairy’s electropop versions of The Kingdom and Bobby Birdman, and ending on a mellow note with psychedelic adaptations of Thanksgiving by World (featuring members of Jackie-O Motherfucker) and The Plants by Strategy (aka Paul Dickow of Nudge).